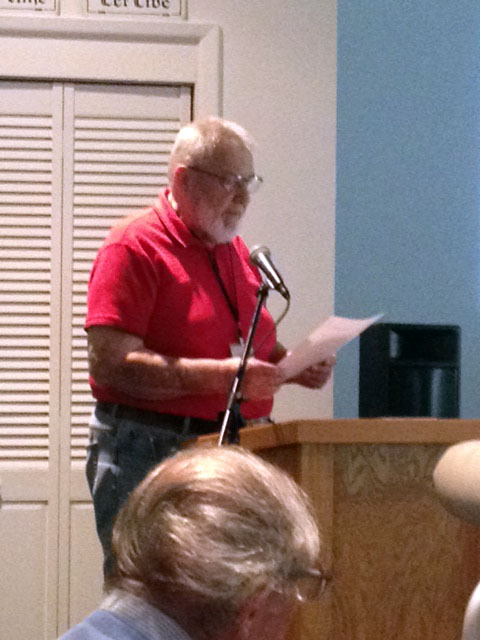 I heard from Harry Pfister that Larry Romig passed away last Saturday November 14. Larry was the first and I can say without hesitation, the best BICSI Executive Director, of all of us who have held that position. In it’s early years, BICSI was managed by USFs Center for Continuing Education, with Larry being the point man.

I was fortunate to know Larry in those early years and considered him to be a friend and a mentor. He and his wonderful wife Pat were an integral part of BICSI even though Larry was not an industry person. Pat passed away unexpectedly in 1990.

I was doubly fortunate in that during my term as BICSI President (1990-91) we made the decision to move away from USF and establish our own independent offices in Tampa with Larry as the Executive Director. Let me just say that was a tumultuous time. The membership was at odds on whether or not to make the move, but Larry was a strong manager and the consumate negotiator and the move went well.

For those of you who never met Larry, BICSI owes much of its success to his forward thinking. Larry was a very conservative money manager and over the years, built BICSI’s reserves substantially. But not without controversy. The membership had a difficult time understanding why a not for profit association needed those kinds of reserves. Well, I can tell you why. Thanks to his money management, BICSI was able to purchase land and build the first phase of its headquarters debt free.

Larry knew he wouldn’t be around forever, so he recruited this unknown non industry kid named Jay Warmke and over the years groomed him to take over as Executive Director. Then when the time came for Larry to move on, he was able to seamlessly pass on management of the association to Jay, without the need for an expensive and time consuming search for a new Executive Director.

There are too many stories to post here, but I remember that every year for many years, Larry would give the invocation during the banquet at the Winter Conference in Orlando. They were always thought provoking and given with much passion.

I didn’t see much of Larry after he retired, but the few times I did, we would always take a ride in one of the Hudson’s that he loved so much and reminisce about those early days of BICSI.

Thank you Larry for your friendship and all you did for BICSI. You will be missed.

One thought on “Larry Romig’s Passing”