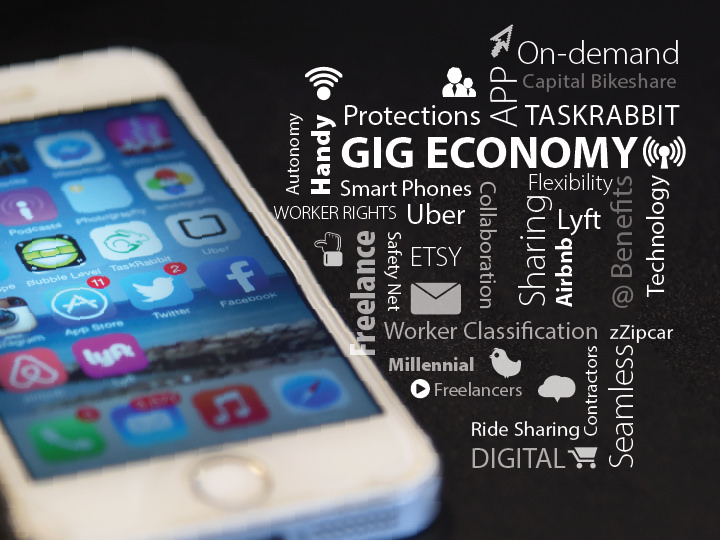 ICT Workers and the Gig Economy

What would you do if you woke up tomorrow morning and found that your company had made the decision to keep only Senior Management and one RCDD. All other job functions would be advertised as Gig work. It’s not as far fetched as you might think.

A recent report from the McKinsey Global Institute estimates that up to 162 million people in Europe and the Unites States, or 20 to 30 percent of the working-age population, engage in some form of independent work. And when you look at it from the company’s side, full time employees are the most expensive and least flexible sources of labor. Many firms now actively avoid hiring permanent employees in order to avoid high taxes and benefit costs.

BICSI seems to straddle the fence on this. In 2010, they made the decision to drop all contract instructors in favor of a staff of full time employee instructors. This along with some other hirings resulted in a $900k increase in payroll expenses between 2009 and 2010 without a corresponding increase in revenues. Also at that time they initiated the ADTP program which was a way of licensing BICSI curriculum and avoiding the cost of additional employees. I’ll discuss this more in detail in a future post.

So, how will you be able to survive in this new emerging economy. Job security has been dying a slow death for years, so you will need to have an entrepreneurial spirit. If you can look at this as an opportunity instead of a liability, your “Job” satisfaction and standard of living can improve. If you have an hourly or salary mindset, you need to make the effort to evolve or be left behind.

Credentials like RCDD and Installer will be valuable in this economy. Because you have a specific skill set, you should be able to find well paying, challenging, and interesting work. Positions that won’t fare as well are those of mid and low level managers who possess less specialized skills.

So, let’s say the change has occurred and you’re now an independent contractor “Gigging” for the same company where you used to be a salaried employee. Since the IRS has very strict rules on the definition of an independent contractor, you won’t be able to work on an hourly or salary basis, it will have to be structured as flat rate, unit price, low bid, negotiated bid or some variation of these.

What are some of the downsides? You’ll probably make more money but will be saddled with the cost of taxes, health insurance premiums, training, equipment, vehicle and a plethora of other costs. Attendance at BICSI conferences or other industry trade shows will come out of your pocket too.

Benefits? If you’re one of the best in your field you’ll be able to work for multiple clients to increase income and job satisfaction, have flexibility as to where and when you work, and the chance to improve your productivity by avoiding those interminable meetings at work.

What are the chance this will really happen? I think there’s a high probability and I also predict that history will repeat itself. By that, I mean that the relationships between contractor and company will start off fair and equitable, but ultimately devolve into a “Low Bid” relationship. Through dissatisfaction by both sides it will eventually return to a more “Best Proposal” relationship.

As always, let me have your thoughts on this topic.