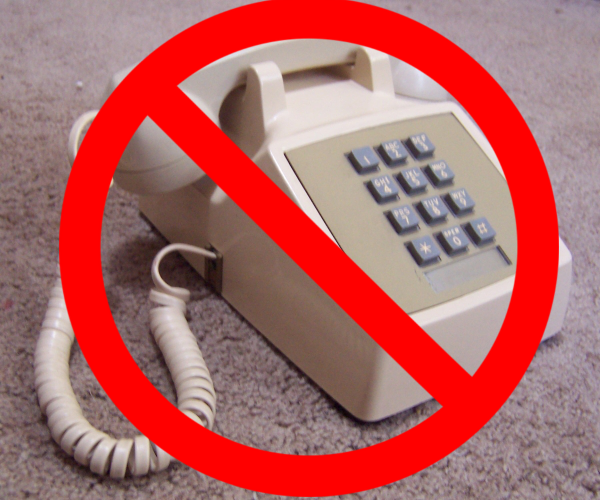 You may have seen in the news a couple of weeks ago that the CWA was challenging Verizon for not allowing its members to maintain the company's extensive copper plant network and for a memo that was sent out to its workers in Pennsylvania stating in part that copper plant should not be repaired. Instead customers should be transitioned to Voicelink service or the worker would face disciplinary action up to and including termination.

For several years now, Verizon has been trialing a wireless service called Voicelink which provides wireless voice only services to customers (Think Cellular). Their claim has been that with an aging copper network, they have to make changes. The FCC has agreed to a shift to fiber so long as the company asks permission before abandoning the copper network but did not address this wireless issue. Interestingly, as Frontier has been buying up Verizon landline operations, they've been forced to spend billions of dollars repairing the neglected network.

If you ignore the impact on the end user, what does this do for Verizon. First, a wireless network is much cheaper to maintain than a copper network. Look at all of the developing third world countries around the globe. When they decided to provide communications services to the masses, they didn't start with the traditional copper network, they went straight to cellular, which was cheaper and easier to roll out.

Verizon will also not have to deal with those pesky FCC regulations that require telcos to provide a minimum guarantee of service. And the shift to cellular service would allow them to charge for expensive data plans. And it's not just Verizon, AT&T has plans to do the same.

Now to the end user. Even though I haven't had a landline in over 10 years, a wired connection to my internet provider has been paramount to running my businesses. And what if you're in rural America. I can envision Verizon abandoning the copper network and going completely cellular.

So, why is Voicelink such a bad deal. For starters, it doesn't work with:

And it requires back up power.

But what about FIOS you say. Too expensive for rural America plus there are two versions, one wired and the other wireless to the home.

Is this our future, a shift to cellular for everything we do. I can completely agree with a shift to an all fiber network, but this wireless push concerns me. What do you think? Let me hear from you.